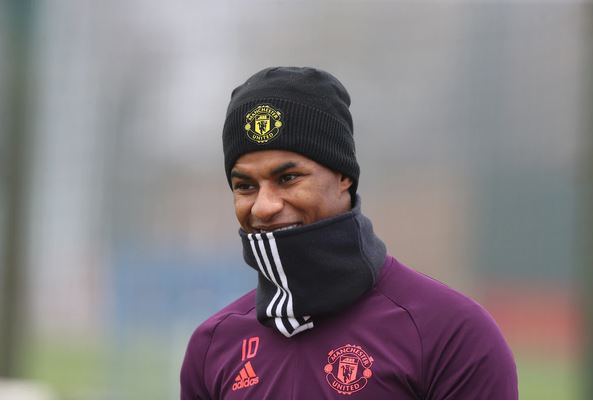 Marcus Rashford has revealed why Manchester United manager, Erik ten Hag started him from the bench against Wolves.

He said it was punishment as a result of his lateness to a team meeting.

Even though 25-year-old Marcus Rashford scored two goals in two games after returning from the World Cup, the Dutch tactician decided to sit him out of the trip to Molineux.

However, Rashford came on as a substitute at halftime and scored the game-winning goal before a VAR review ruled out a second goal for handball.

After helping Manchester United to beat Wolves 1-0 away from home, the England international told BT Sport: “I was a little bit late for a meeting – I overslept.

“It’s the team rules and it’s a mistake that can happen, but I’m disappointed not to play, but I understand the decision and I’m happy that we managed to win the game anyway.

“I think we can draw a line under it and move on.

“I’m in a good place and I’m just pleased with the way that we’re progressing. In the past, we could easily have lost that game or drawn it.”

On the other hand, reporters asked Manchester United coach, Erik Ten Hag to comment on the choice to omit Marcus Rashford from the starting lineup against Wolves, and the Dutch tactician said: “After the decision, he came in, he was bright, he was lively, he scored a goal – that is the right reaction.

“Of course [that is the end of the matter], but everyone has to match rules and values and, if you react like this, this is the right answer.”