The Uruguay international is hoping to score his first goal since the World Cup break in November when Liverpool takes on Brentford in the Premier League on Monday night..

Nunez was presented with a golden opportunity to open the scoring against Thomas Frank’s Bees on Monday night, and thanks to some excellent link-up play from Mo Salah, he found himself with the majority of the goal to shoot at.. 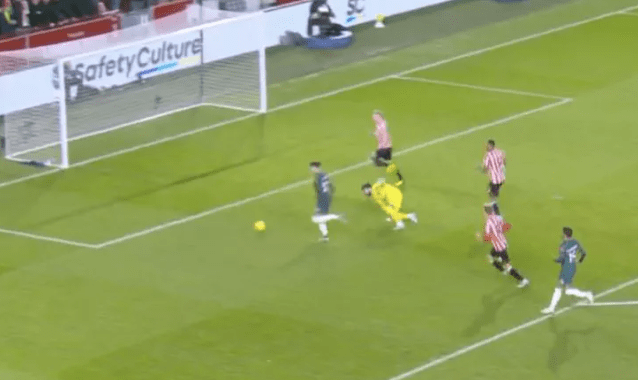 Unfortunately for the former Benfica forward, Ben Mee was back in defense and was able to make a crucial goal-line clearance..

SO CLOSE! Nunez’s first chance of the night is blocked on the line by Mee! 😮 pic.twitter.com/vp8cuWhYP5