Chelsea are currently finalizing a deal to sign Joao Felix on a season-long loan until the end of the season as Graham Potter looks to bolster his squad..

Potter has come under increased scrutiny in recent weeks as his Blues team has struggled. Chelsea’s head coach has seen his team beaten six times in the last nine matches across all competitions, with only five goals scored in that time.

Chelsea currently has ten first-team players out due to injury, and the squad is clearly depleted. Potter, on the other hand, is not looking for excuses and admitted after the 4-0 FA Cup third-round defeat to Manchester City that his team is struggling..

“In terms of Premier League results, I believe we’ve lost four games,” Potter told reporters at the Etihad Stadium. “Newcastle away before the World Cup when we had nine players out, we lost 1-0 to Arsenal, we lost on a bad day at Brighton, and I think we lost to Man City.

“Those are the teams we’ve lost to and we’ve drawn against Manchester United and Brentford, so the results in a small space of time are not positive. As I previously stated, you can make excuses and look for reasons, or you can simply say it’s not good enough..

Both of those answers are correct, so we must continue to improve and stick together because we are clearly suffering as a football club, and it is not pleasant. That is where we are right now.

Chelsea co-owner Todd Boehly has already spent more than £50 million this month on three new signings in an attempt to help Potter. Having said that, all three players – David Datro Fofana, Benoit Badiashile, and Andrey Santos – are 21 or younger, so they could be signings with an eye on the future rather than helping the squad right away.

However, Fofana made his debut against Manchester City, coming on at halftime at the Etihad. Badiashile was also included in the squad, but the 21-year-old defender saw no action..

The club is now looking to bring in another attacking player, with a deal to sign Felix from Atletico Madrid nearing completion. The 23-year-old has a verbal agreement with Chelsea for a loan move, but Atletico Madrid refused to include a buy-back option in the contract.

Chelsea are expected to pay the Spanish club around £9 million for Felix’s loan signing, who has been watched by Blues scouts on numerous occasions this season. Last month, sportsacer.com was told that Felix’s interest was ‘tentative’ and nothing more, but that has increased in recent days, and the club is expected to complete the deal very soon..

However, if Chelsea wishes to field the Atletico Madrid forward against Fulham in the Premier League on Thursday night, they must act quickly. As the pressure on Potter mounts, the Blues know it’s a must-win game against their west London rivals.

If Felix is to play at Craven Cottage, he must be officially registered as a Chelsea player by 12pm on Wednesday afternoon, according to the Premier League regulations handbook..

“Subject to the provisions of Rule V.1, the deadline for receipt by the Board of all duly completed documents required by these Rules to effect the registration of a Player shall be 12 noon on the last Working Day before the date of the first League Match in which the Club making the application intends him to play, except for the international transfer certificate and evidence of eligibility to take up employment in the United Kingdom (in both cases).” 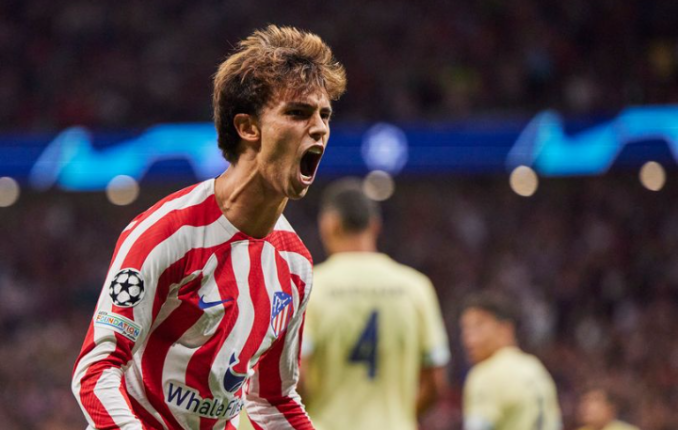 Raheem Sterling and Christian Pulisic, who were both injured in the Premier League loss to Manchester City last week, are both expected to miss time.

Pierre-Emerick Aubameyang was unable to travel to Manchester for the FA Cup third round defeat due to a back injury. In attacking positions, the Blues have only Hakim Ziyech, Mason Mount, Kai Havertz, and David Datro Fofana.

Omari Hutchinson, who has played in the last two games, is a youth player who can be used as a substitute for Potter.

Why Arsenal, Chelsea and Liverpool are ahead of Juventus for Rabiot