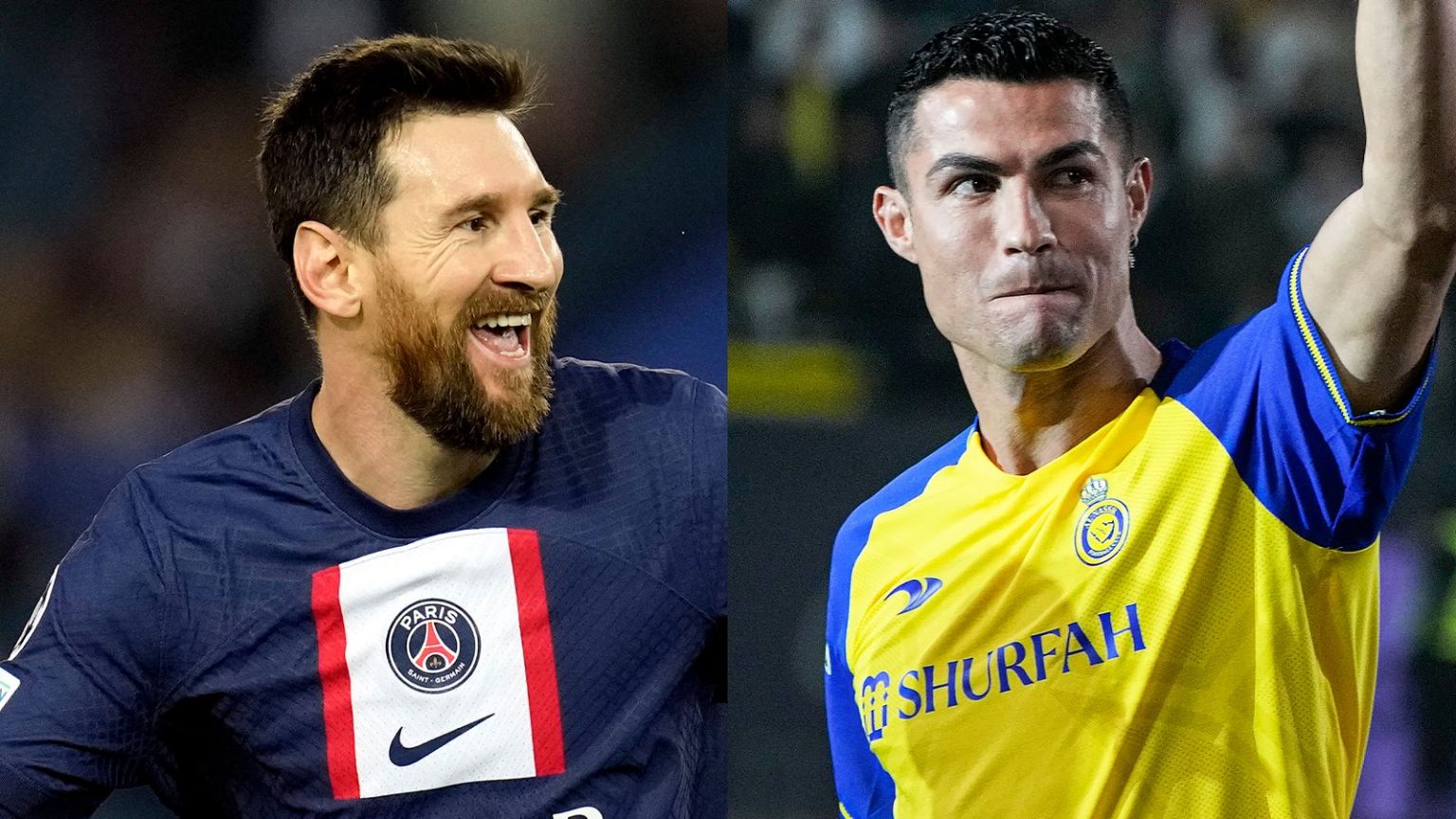 The duo are billed to meet in a friendly match between Paris Saint-Germain and the Saudi club on January 19 in Riyadh.

Al Nassr coach Rudi Garcia made the disclosure that Ronaldo’s debut in Saudi Arabia would be as part of an exhibition side in a friendly against Paris Saint-Germain, which could pit him against Messi.

The Portuguese star had been serving a two-match suspension by English FA for knocking a phone out of a fan’s hand following Manchester United’s defeat at Everton in April of 2022.

It has delayed Ronaldo’s much-anticipated debut, which is now expected to come in a showcase match with PSG in Riyadh on January 19.

Although, Garcia expressed sadness over the friendlies, which will be a mixture of Al Nassr and Al Hilal players, due to domestic matches, saying they had another home match to play three days after the set friendlies.

Garcia said, “It won’t be with the Al Nassr jersey. It will be a mix between Al Hilal and Al Nassr.

“As the coach of Al Nassr, I cannot be happy with this match. For development, to see PSG, to see the great Parisian players, indeed it is a good thing. But we have a championship game three days later

“In terms of scheduling, it could have been better thought out. But it’s not a big deal… We are in the lead, we are happy. It is a difficult championship to win, but we intend to do it.”

Ronaldo has won the Ballon d’Or award five times, while Messi has won the coveted award seven times, the most by any player.