Rio Ferdinand has compared Darwin Nunez to a former Manchester United teammate and warned people to be cautious about how they talk about the Liverpool striker..

Nunez has nine goals in 21 appearances for the Reds since joining from Benfica in the summer, but the focus has been on the number of missed chances he has accumulated, especially since returning from World Cup duty this month.

The 23-year-old has missed 12 big chances this season, but BT Sport pundit Rio Ferdinand was not in the mood to pile in on the big-money move, suggesting his path could be similar to that of Nunez’ compatriot Diego Forlan..

“We have to be careful when we talk about people like this,” Ferdinand said on his Vibe with Five podcast. Do you recall Diego Forlan? At Old Trafford, he couldn’t even open a barn door. Against the Scousers, he scored. He couldn’t, however, open a barn door.

He leaves, and I believe he wins the European Golden Boot. I believe once or twice. He develops into a fantastic player. A fantastic player for Uruguay and his various clubs. Nunez appears to have something. What I like about him is that he is being given opportunities. I’d be more concerned if he wasn’t getting the opportunities. He’s a newcomer to the team. He’s getting better at the game. It’s a new level..

Nunez was instrumental in Liverpool’s sluggish 2-1 win over Leicester City on December 30. Wout Faes bizarrely bundled his own goal into his own net after outrunning the Foxes’ defense.. 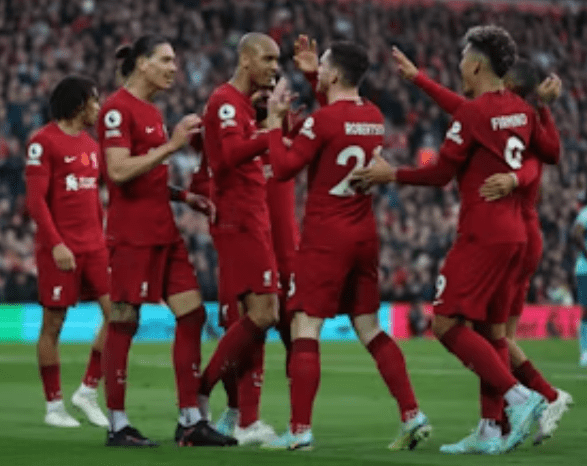 Last week, Reds manager Jurgen Klopp defended his star forward, saying that better finishing would come with time. Klopp said in his pre-match press conference before the Leicester game, “Are we working on it? We are, of course. It’s more about talking and remaining calm in these situations..

He possesses exceptional talent. Really outstanding. The rest will follow. That’s the way it is. We talk about it pretty much every day, and sometimes things take a little time, but in football, it can go like this [clicks fingers]. You score an incredible goal and then you calm down.

“I’ve seen so many world-class strikers when the world was judging them, but if you have quality and the right attitude, everything will be fine, and that’s what he has.”

Frenkie de Jong to Man Utd looking likelier than ever