Pep Guardiola has admitted that his time as Manchester City manager will be cut short if the Blues do not win the Champions League..

During the World Cup break, the 51-year-old agreed to a two-year extension that will take him through the end of the 2024/25 season, at which point he will have been in charge at the Etihad for nine seasons. That will be a remarkable tenure for someone who spent four years at Barcelona and three years at Bayern Munich, but Guardiola has stated his satisfaction with the conditions at City once again.

However, the Champions League remains his holy grail. City were beaten finalists in 2020/21 and lost an agonizing semi-final last season, conceding twice in the final minutes..

It’s not the only one, but it’s the one we’re looking for. Of course, if we don’t win, my time here will be over,” he explained. 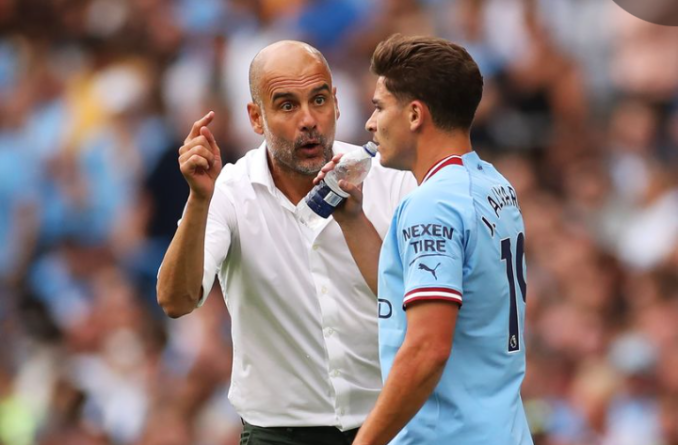 Alvarez started five World Cup games, including the final, and scored four goals to finish joint-third in the Qatar 2022 tournament. After contributing significantly to his country’s success, Alvarez is now enjoying the celebrations in Buenos Aires, where millions have lined the streets to welcome Argentina back as world champions..

Guardiola was overjoyed to see Alvarez play such an important role in Argentina’s success after his supporting role for City in the early part of the season, and he confirmed the striker will get some well-deserved rest in the coming days.

“We are ecstatic for him; congratulations to him and [Nicolas] Otamendi, as well as Messi personally.” Guardiola stated this.

Who is Andrey Santos? Chelsea have wonderkid in their sights