Chelsea, Arsenal, and Manchester United have been warned by Paul Merson that January transfer target Joao Felix will fail in the Premier League..

Felix has been heavily linked with a move to the English Premier League, with Chelsea, Arsenal, and Manchester United all showing interest.

The Portugal international is regarded as one of Europe’s most highly rated players, but he has had a difficult time under Atletico Madrid manager Diego Simeone and is reportedly open to leaving.

Chelsea are looking to add to Graham Potter’s attacking options after scoring only 19 goals in 15 Premier League games this season.

Arsenal are also looking for a new forward after star striker Gabriel Jesus suffered an injury during the Qatar World Cup.. 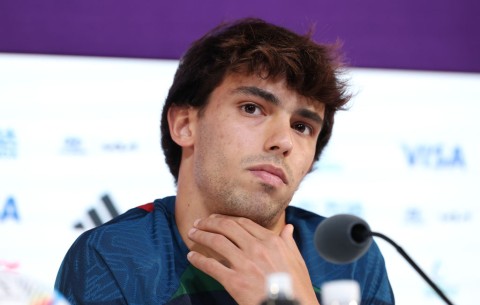 Manchester United, who released Cristiano Ronaldo during the World Cup, will be looking for a new striker in January.

Discussing the state of play at Chelsea, Merson told the Daily Star: ‘Graham Potter needs two things to be a success at Chelsea – time and money.

‘It appears that they will back him in the transfer market this month, and I believe they are in desperate need of a center forward. But they should stick with him even if he doesn’t get them into the top four this season..

Graham Potter will need as much time to settle in at Chelsea as a new player would in a different league. To be honest, he’s had some bad luck.

Chelsea has a £100 million player on loan in Romelu Lukaku, and two of their most important players are injured.

‘They need a striker because they can’t currently blow teams away. Even if they buy a striker, getting into the top four is a tall order right now.

‘I’ve seen Joao Felix linked with them, but I think he’d be a bit light in this league and too similar to Kai Havertz. They need to find a more dynamic player who can bully defenders and score goals..

Chelsea must assemble a team capable of consistently challenging for the title. But they must be patient with me.

‘They chased Graham Potter down because they saw how he got Brighton playing over time, and I believe they should give him time as well.

‘Be patient. He’s acquiring younger players, so I’d guess he’s looking at this as a four or five-year plan. If you’re doing that, it’s no good chopping and changing managers..

God Will Never Give Power To The Wicked