I’m still waiting to see Manchester United put to the test before comparing them to Arsenal and Manchester City this season. Looking at their recent fixtures, they’ve been fantastic..

At the same time, you have to win them. Since returning to action, they’ve faced Charlton, a depleted Everton, Bournemouth, Wolves, Nottingham Forest, and Burnley, with the majority of those games taking place at home.

The next three games against City, Crystal Palace, and Arsenal will be a litmus test. If they finish with seven points, they have a good chance of winning the championship.

Erik ten Hag has done exceptionally well, and I believe he has achieved the desired outcome in the Cristiano Ronaldo saga..

He emerged as the hero, while an absolute club icon and game legend left as the villain.

United are flying right now, and if they beat City, they will only be one point behind Pep Guardiola’s side – quite remarkable. Marcus Rashford has made a significant contribution, and I believe his recent improvement is largely due to Ronaldo’s departure.

Yes, he was excellent for England at the World Cup, but he now understands that he is the main man at United. Previously, it was all about finding Ronaldo.

Rashford deserves a lot of credit for the way he’s turned things around. He appears to demand the ball at every opportunity..

He’ll be crucial against City, who have struggled since club football returned. Their football is overly complicated in my opinion.

It’s so patterned, like a chess game, that it becomes mechanical. Nowadays, opposition managers appear to be reading into it. I could be wrong, but Southampton made defending look easy against City; they didn’t allow a single shot on goal.

When Joao Cancelo doesn’t look up to par, you know City are in trouble. I saw him take a terrible foul throw, and it seems to sum up the Premier League champions’ recent frustrations, as they were also held by Everton two weeks ago..

I also read Pep’s remarks about attempting “ridiculous” ideas against United. His mind is so active that he’s either a genius or he ends up costing City with a risky decision that no one saw coming.

What I admire about him is that he is willing to take risks. Others will have ideas but lack the bottle to implement them. They will be cautious.

City has a busy month ahead of them, with games against Tottenham twice and Arsenal in the FA Cup, and I never imagined Southampton beating them. United has the ability to cause serious problems for them..

Today, I predict a 2-2 draw at Old Trafford. I believe there will be goals, but both teams are capable of canceling each other out.

Football is an amusing sport because it changes so quickly. Marcus Rashford struggled last season, and now it’s Jadon Sancho – while Rashford is flying.

It is entirely up to the individual to decide who wants it and who does not. That is what truly determines who will remain at the top for the longest period of time. It’s that simple because it all comes down to what you do outside of the pitch.. 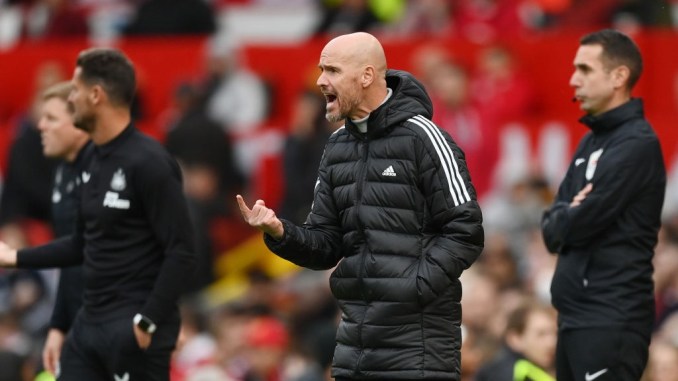 That’s why I admire players like Paul Scholes, David Beckham, and Ryan Giggs, who have consistently performed at the highest level for Manchester United week after week, year after year..

That’s what Sancho needs to focus on if he wants to make a comeback. He clearly has incredible talent, but it all comes down to mentality.

Will he return now, do extra training, and tell himself, “I’m better than Antony, and I’m going to prove it to get back in this team”? It is up to the child to choose which path he wishes to take. He has the entire world at his disposal.

Thoughts on the North London Derby
Every year, I say that the north London derby is the only time I miss playing football. You have no idea how much it means to the fans. Despite all of the talk about Arsenal and the Premier League title, this game feels crucial for Tottenham and harry kane..

If Arsenal defeats Spurs, Kane will be left wondering, ‘Do I really want to sit here for the rest of my career and risk not winning anything?’

This is a crucial game for him because he has the chance to equal or surpass Jimmy Greaves’ goalscoring record, and if Tottenham win, everything will feel right again after denting Arsenal’s title hopes.

Kane would be left scratching his head if he lost, thinking, ‘Even our arch-rivals have gone clear of us – what am I doing here?’ Everyone is looking for a center-forward, and Kane is the only buyable striker right now. Both teams must win..

Why Weghorst could be an ‘inspired signing’ for Man Utd