According to reports, Arsenal will hold new talks with Shakhtar Donetsk today in an attempt to finalize the structure of a deal for Mykhaylo Mudryk. As his club teases supporters on social media, the winger is said to be ‘insisting’ on a quick resolution..

Arsenal is expected to pay between £75 million and £80 million for Mudryk, including add-ons. He would become the club’s most expensive player, surpassing Nicolas Pepe’s £72 million fee in 2019.

Mudryk’s future has been the story of the transfer window thus far, and the Gunners were hoping to close a deal before the deadline in order to have him available for some crucial upcoming games. On Sunday, Mikel Arteta’s side will face Tottenham Hotspur in north London..

If he signs by midday next Friday, he could make his debut against Manchester United the following weekend. However, both Arsenal and Mudryk are eager to complete a deal before then.

According to transfer expert Fabrizio Romano, new talks will take place today (Saturday) about how the Premier League leaders will pay the add-ons. Arsenal and Mudryk are both eager for it to be completed as soon as possible.. 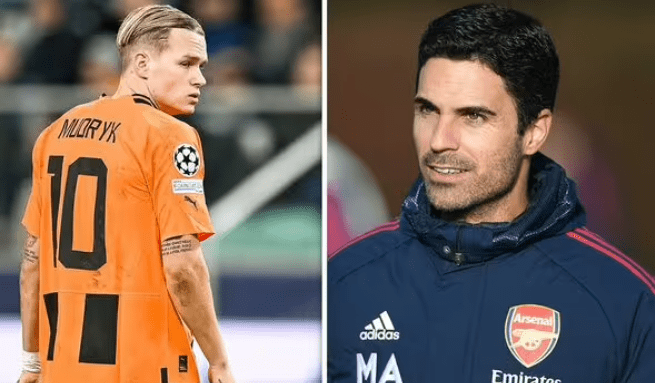 “New direct contacts will take place in the next hours for Mudryk deal,” Romano tweeted. Arsenal will discuss the structure of add-ons with Shakhtar after a £62 million (€70 million) bid plus a £22.1 million (€25 million) bid from #AFC.

“Arsenal wants to get it done as soon as possible, and the player is also insisting – personal terms have already been agreed..