Jamie Carragher believes that signing Jude Bellingham would be a “brilliant” move for Liverpool, but that acquiring a defensive midfielder is more important..

The Reds have already made one signing in the winter transfer window, bringing in Cody Gakpo from PSV Eindhoven to give them more attacking options.

Their focus is expected to shift to signing a midfielder or two in the coming summer.

They are heavily linked with Bellingham ahead of next summer and are said to have been working on a deal to sign the teen sensation for some time.

The 19-year-old is a special talent who has been playing above his years for Borussia Dortmund in recent seasons..

Liverpool will have to compete with Real Madrid and Manchester City to sign Bellingham.

If Liverpool does manage to sign Bellingham, it is expected that they will look to sign two midfielders as well.

This comes as they prepare to lose Naby Keita and Alex Oxlade-Chamberlain when their contracts expire next year.

James Milner is also out of contract next summer, but he could return for another season.

Carragher is concerned that Liverpool, in addition to Bellingham, requires a player like Georginio Wijnaldum..

Wijnaldum joined Liverpool for £25 million from Newcastle United, and he helped them win the Premier League and the Champions League.

Liverpool, according to Carragher, “need a Wijnaldum figure” to arrive next year.

“It feels to me like the midfield has morphed into a more technical midfield rather than a high energy midfield, which is what happens when you lose that Wijnaldum figure alongside a holding midfielder,” Carragher told Sky Sports.. 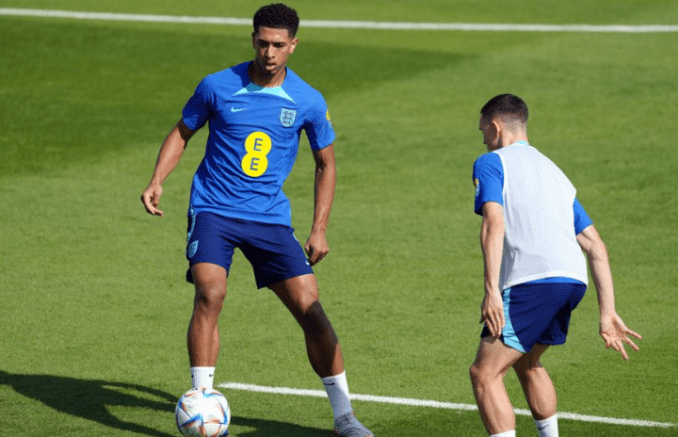 “Right now, Liverpool had Jordan Henderson – who isn’t as energetic as he was three or four years ago – but then the technical player like Thiago – and Harvey Elliott, Carvalho has played there at times..

This midfield isn’t what you’d expect, nor is it what Jurgen Klopp truly desires. It’s not just about certain players and ages, because younger players are more technical than high energy, and when I think about Harvey Elliott and Carvalho, Liverpool’s midfield lacks energy.

“There’s talk of looking to bring in Jude Bellingham, why wouldn’t you, he’s a great player but they also need another midfielder to help them defensively.

“Bellingham is a midfielder who likes to get forward, score goals and assist, and it would be fantastic if Liverpool could sign him, but they need a Wijnaldum-type signing in the summer.”