Manchester United appear to have found a striker to replace Cristiano Ronaldo in Wout Weghorst..

Burnley’s striker is on loan at Besiktas, where he has nine goals in 18 appearances. His most recent came in a 2-1 victory over Kasimpasa.

Following the game, Weghorst appeared to be waving goodbye to the Turkish fans, and MEN Sport understands that the Reds approached Burnley on Thursday about a loan offer for the forward. Besiktas, on the other hand, are under no obligation to send the Dutch striker back to England because there is no release clause in the two clubs’ temporary contract..

Weghorst’s actions at full-time, on the other hand, appear to indicate that his time in Turkey is coming to an end. If that negotiation is successful and United completes the signing of the 30-year-old from the Championship club, Erik ten Hag will gain a player type that the club has not had in quite some time.

Weghorst, who stands around 6ft 5ins tall, is the prototypical target man. While players such as Robert Lewandowski have redefined that role in recent years, United must be wary of falling into a trap if/when he arrives.

Weghorst had a good time at the World Cup in Qatar. His most significant contribution came off the bench in the quarter-finals, when he scored two dramatic late goals to hold Argentina at bay.. 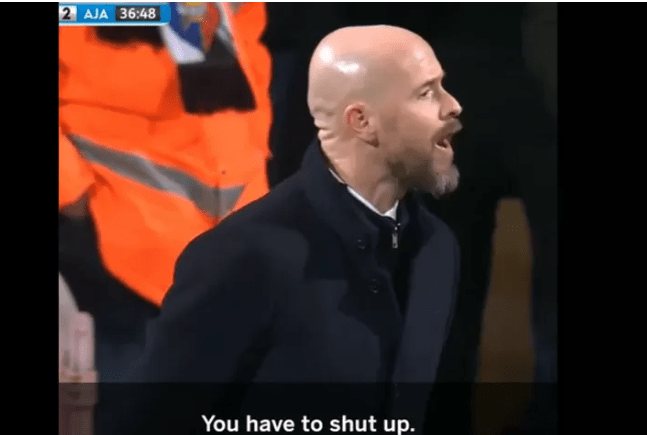 Former Manchester United manager Louis van Gaal altered the Netherlands’ strategy during that game, and it nearly worked. Despite a penalty shootout defeat, the South Americans advanced to the semi-finals.

Lionel Messi criticized Van Gaal’s tactics after the game. “Van Gaal says they play good football, but what he did was put tall people on and hit long balls,” he said.

While the direct approach is acceptable, United does not want to drastically alter their style by signing Weghorst. The Reds’ free-flowing, passing football has been a joy to watch since Ten Hag arrived at Old Trafford.

However, with a player like Weghorst among his ranks, Ten Hag may succumb to the same temptations that one of his predecessors did..

The Reds must avoid changing their style for the sake of one player and instead use him as a “Plan B” approach when things need to be shaken up.

If they do this and heed Messi’s warning about becoming a team that only hoofs long balls up field, the Reds may have a smart signing on their hands..

Weghorst and five transfers that could happen this week