The Tottenham goalkeeper, who announced his retirement from international duty yesterday, said Martinez “made a fool of himself” during the penalty shootout and insisted he would never try the same tricks again.

“Somethings I can’t do,” Lloris admitted to L’Equipe. “I can’t make a fool of myself in goal, rattling my opponent and crossing the line.

“I’m far too rational and honest a man to go that route. “I don’t know how to win like that, but I also don’t want to lose like that,” the Frenchman added..

Martinez s***housed his way into the hearts of millions with a series of devious mind games during the final shootout – mind games that ultimately secured Argentina’s victory.

The Aston Villa player used a variety of distraction techniques between penalties to disrupt the rhythm of each French kicker, and he celebrated wildly in front of the two players who missed.

Despite his dislike for what he saw from his opposite number, Lloris, who conceded all four penalties he faced during the shootout, admitted that Martinez’s antics were decisive for Argentina.. 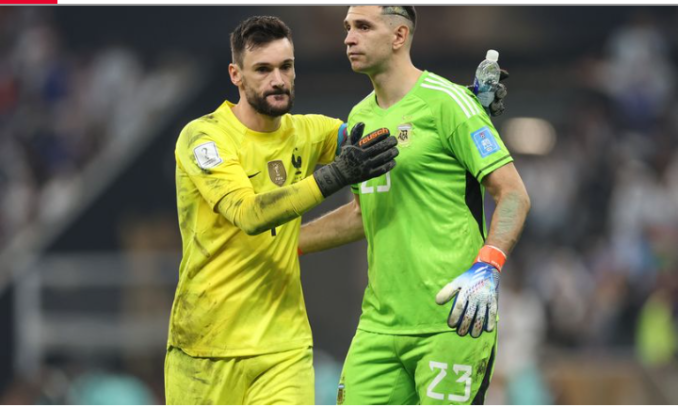 He played an important role. Concerning his celebrations, he has been judged sufficiently; there is no need to add anything else. He used every trick in the book to destabilize us during the shootout.”

Lloris, 36, has 18 months left on his Tottenham contract, but the club is expected to replace him at the end of the season, with Martinez one of the most likely candidates. That would be a real kick in the teeth..