Graham Potter’s incredible reaction to Kai Havertz’s bizarre handball was captured on camera, with the Chelsea manager taken aback by his striker’s decision..

When he saw the handball, Potter could be heard saying ‘f*** me!’ to his bench staff because he couldn’t believe what he was seeing.

Chelsea were trailing Manchester City 1-0 when the 23-year-old was overcome by insanity and decided to punch a cross away.

Manchester City went ahead 2-0 after Julian Alvarez converted a penalty, and Phil Foden made it 3-0 before halftime.

Because of the score and Havertz’s perplexing decision, the Chelsea striker was dragged off at halftime by Potter..

Potter’s amusement was shared by social media users, who took to Twitter to express their confusion.. 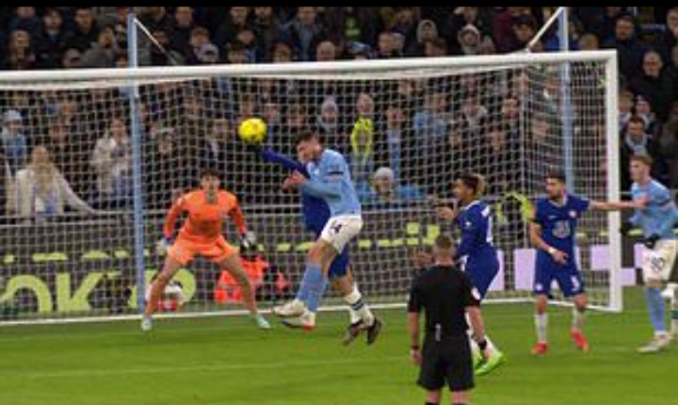 One fan believes the 23-year-old was confused about what sport he was playing and commented, ‘Havertz this isn’t volleyball my guy..