Luke Shaw’s pace ensured that he started at center-back for the second consecutive Manchester United match against Wolves..

Shaw volunteered to play at centre half against Burnley in the League Cup when Harry Maguire was ruled out due to illness, but Ten Hag chose Casemiro instead. Shaw was named alongside Raphael Varane in the Premier League win over Nottingham Forest due to the illness of Victor Lindelof. Both Lindelof and Maguire were on the bench for Wolves’ Premier League victory, where Shaw started next to Varane and excelled once more.

Under Ole Gunnar Solskjaer, Shaw played in central defense in a back three on a number of high-profile occasions, helping United to victories over Chelsea and Paris Saint-Germain while also suffering defeats to Barcelona and Liverpool. The Forest game marked his first start in a defensive partnership.

“Of course, you have your ideas and a plan, but circumstances change things, like Harry and Victor’s illnesses,” Ten Hag explained. “Normally, they start in the games we’ve just played, but Casemiro did well as a centre half (against Burnley) and Luke Shaw did very well against Nottingham Forest.. 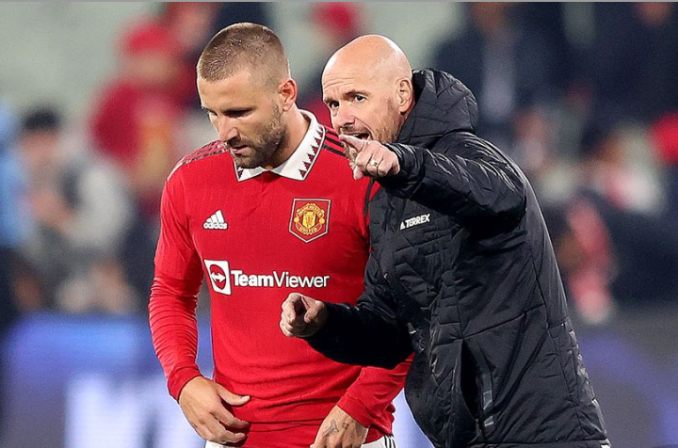 The forward is in his best form since joining United from Atalanta in 2020, having scored six goals in his last 11 appearances for the Black Cats. His performances have piqued the interest of Reds fans, who hope he will develop into a valuable first-team player in the coming years.

The Manchester Evening News reported in November that United sees a future for Amad and has included a recall clause in his contract..

While thriving at the Stadium of Light, Amad appears to be keeping a close eye on Old Trafford and keeping in touch with teammates.

Fernandes posted a celebratory message on Instagram following the 1-0 win over Wolves on New Year’s Eve. He stated: “A fantastic victory to round out the year. Everyone has a happy new year.” “Bruno Bruno,” said Amad in response..

Despite Making A Strange Summer Decision, Everton Need To Sign Another Striker

How much have Chelsea spent in the January transfer window?