Luke Shaw’s pace ensured that he started at center-back for Manchester United for the second time in a row against Wolves..

Shaw volunteered to play at centre half against Burnley in the League Cup when Harry Maguire was ruled out due to illness, but Ten Hag chose Casemiro instead. Shaw was named alongside Raphael Varane in the Premier League win over Nottingham Forest because Victor Lindelof was ill.

Both Lindelof and Maguire were on the bench for Wolves’ Premier League victory, where Shaw started next to Varane and excelled once more.

Under Ole Gunnar Solskjaer, Shaw played in central defense in a back three on a number of high-profile occasions, helping United to victories over Chelsea and Paris Saint-Germain while also suffering defeats to Arsenal and Liverpool.

The Forest game marked his first start in a defensive partnership.

“Of course, you have your ideas and a plan, but circumstances change things, like Harry and Victor’s illnesses,” Ten Hag explained. “Normally, they start in the games we’ve just played, but Casemiro did well as a centre half (against Burnley) and Luke Shaw did very well against Nottingham Forest.. 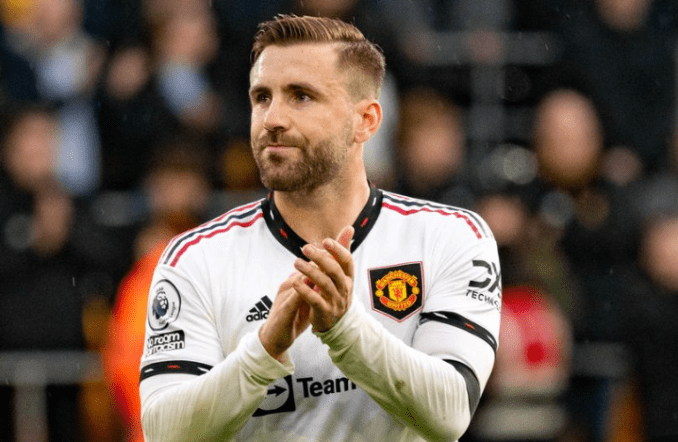 Also, when you look at the game plan, the way we had to approach Wolves, I thought Rapha and Luke were the best match. We knew the speed of the Wolves from the right side, and we could cover that because we wanted to attack from the left side.

That was a good fit, and you can have better angles with your left foot in possession.”

10 players who could join Man Utd in January