Following his antics in Qatar, World Cup star Emiliano Martinez has been warned that referees will be on high alert..

Argentina’s goalkeeper threw the ball away twice during the penalty shootout in the competition’s final against France. He was booked a second time, but Les Bleus missed both spot kicks as Argentina won the World Cup for the first time since 1986.

Martinez received his warning from former Premier League referee Howard Webb, who took over as chief refereeing officer of the Professional Game Match Officials Board on Boxing Day after Mike Riley retired..

“You get to penalties and think the job is done,” Webb explained to the Daily Star. “It’s been mentioned there was some behaviour the referee should have picked up on earlier. I’m sure he (Martinez) wouldn’t have done it again if he’d been punished the first time.

“There is always something to learn from everything. Years ago, I was taught how to manage penalty shootouts, including taking control of the ball to prevent mind games. That’s something we’ll probably remind our people of as a result of what we saw there.

Webb has also stated that he would fully support an in-stadium VAR app to keep fans updated on the status of reviews..

“It’s a critical point,” said the former MLS supervisor. “Globally, the area where we have had the least collective success is in keeping the in-stadium audience informed.. 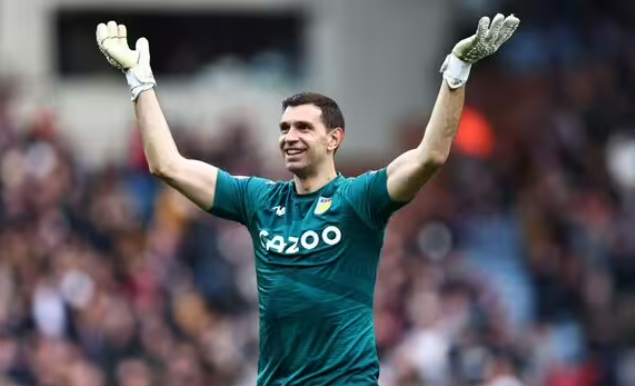 As a spectator, you are most likely the person with the least knowledge of the game. This must be addressed. When there are 50,000 people in a stadium, an app must have good network capabilities. That could be an issue.”

Martinez is set to return to Premier League action on Sunday when Aston Villa travel to Tottenham. He has spent time in his homeland celebrating his country’s success. The Villans are 12th in the table, having won only five of their 16 Premier League games. Spurs, on the other hand, are fifth and will be desperate for the three points..

Martinez, who joined Villa from Arsenal for £17 million in 2020, will most likely face Hugo Lloris in north London. In the World Cup final, Lloris was in the opposite net as Martinez, but he was unable to save any of the penalties he faced..

God Will Never Give Power To The Wicked

Rashford Explains Why He Was Benched Against Wolves, While Shaw Praises Ten Hag's Manchester United Strategy