Diogo Dalot has confirmed his desire to sign a new long-term contract with Manchester United and continue his career at Old Trafford..

The Portugal defender’s current contract was set to expire in the summer, but United extended it by a year before Christmas to keep him until June 2024.

‘We are in a position to say that we are negotiating and seeing how both parties will benefit, but it is no secret that I am happy to be here, so we will see how things go,’ Dalot said.

I adore this club and enjoy playing for it. As a team, we’re heading in the right direction..

This is the most important part for me, and hopefully I can continue to help the team as I am.

However, the 23-year-old has excelled this season under Erik ten Hag and says he enjoys the intensity and “mess” of Premier League football.

This type of hectic schedule. If you have this mindset, I believe this is the best league to play in.’ However, we are not all the same. Many players would most likely prefer to play in another league.

‘However, having played in these three countries (England, Italy, and Portugal), I would say that the league that I enjoy the most is the Premier League because I enjoy the intensity of the schedules.

‘How English people live this game, how everyone talks about the Premier League. It’s as if the world comes to a halt on weekends to watch it, and I think that’s what made me fall in love with this country and, of course, the Premier League..

Ten Hag’s side face Charlton Athletic in the Carabao Cup quarter-finals on Tuesday night, and Dalot believes United must make winning trophies a ‘obsession’ in order to end a six-year drought at Old Trafford.

Since winning the EFL Cup and Europa League under Jose Mourinho in 2017, the biggest club in English football has not won any silverware.. 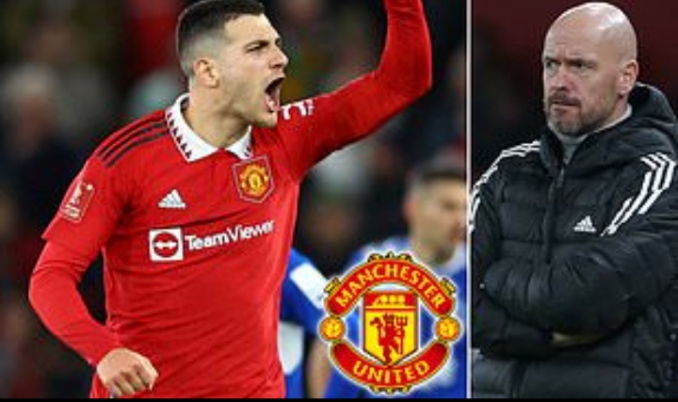 Under Ten Hag, United are back on track, rising to fourth in the Premier League and making progress in the FA Cup and Europa League this season.

However, Dalot believes that the club needs something to show for their efforts, and that the Carabao Cup can be just as important as the Champions League in this regard..

‘I think we have an obsession with winning trophies and things,’ he said. ‘This club is all about trophies. It’s all about competing and fighting for every trophy we win.

This Carabao Cup is bigger than the Champions League or the Europa League. Obviously, the dimensions are different, but it’s a trophy for us, and we want to win it.

‘Getting to Wembley is a difficult journey. We understand how difficult it is. But first, we need to take these baby steps. And every step we take, we want to be confident that we are heading in the right direction.

‘I believe we are, but the reality is that we are not.

We need to build many things first, and I believe this competition is the first big and firm step we can take, especially since it is the first trophy of the season and we are close.

We must adopt this mentality and approach the game tomorrow as if it were the Premier League final, the Europa League final, or something similar. Hopefully, we’ll be able to celebrate in a month or so.’