It makes perfect sense to me to recall Ellis Simms from his loan spell at Sunderland..

His departure in the summer was perplexing given Everton’s lack of options up front following the sale of Richarlison. When Dominic Calvert-Lewin was ruled out due to injury, Frank Lampard was left with a hole to fill upfront for the five Premier League games before signing Neal Maupay.

Everton still need to sign a striker in the January transfer window, but Simms has been in good form in the Championship, so giving him a look at Finch Farm makes sense..

It was strange that Lewis Dobbin [on loan at Derby County] and Simms were allowed to leave before the season began. It kept us short on offense for the first five games, with no striker available other than Salomon Rondon. Frank has stated that he is looking for new players as the January transfer window approaches.

Only after signings have been completed and players are ready to play should we consider loaning players out to continue their development elsewhere. While I am pleased Simms will be given a chance, I believe Everton should sign a striker. January is a difficult month for business, but we must find ways to improve..

We also need to move quickly rather than wait until the last few days before the window closes – there are too many points at stake this month to let discussions drag on. Dominic Calvert-Lewin started the game at Manchester City, which was fantastic. That’s good news for Frank, but he can’t put too much pressure on Calvert-Lewin.

Playing at such a high level in the Premier League is extremely demanding, and after being out for so long, we need someone to assist him in carrying that burden while also assisting the squad’s other attackers. That someone, in my opinion, must be a forward..

We have enough wingers; the goal with them should be to get them to produce more. 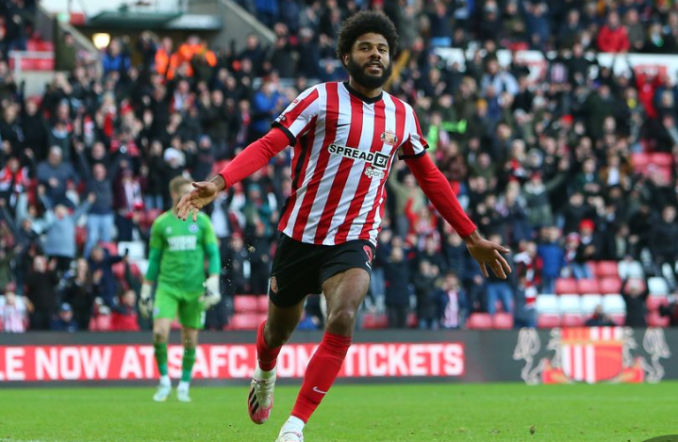 Demarai Gray has now scored against Manchester City, and Dwight McNeil assisted Yerry Mina’s goal against Wolverhampton Wanderers, and I believe we will see more of them, as well as Anthony Gordon, if they are given a focal point to work with, whether it is Calvert-Lewin or a new player.

While Simms will now have the opportunity to make an impression and challenge for a spot in the first team, there is also a good chance for another player to step forward. Amadou Onana will miss Brighton and Hove Albion’s game after receiving his fifth yellow card of the season against Manchester City..

Whoever replaces him has the opportunity to stake a claim for a spot in the starting eleven – or to put themselves in the shop window. In either case, that player must perform. Players aren’t like FIFA computer players; some will be injured, ill, or mentally exhausted during this hectic period. But all we ask as fans is that everyone who plays against Brighton and beyond gives it their all.

If they do, the Goodison gang will be completely behind them. Everton has a huge week ahead of them, full of opportunities. It’s time to kick off the new year with a bang!