Danny Murphy has told Harry Maguire that his Old Trafford career is over and that he should join one of Manchester United’s Premier League rivals..

Maguire has spent three and a half turbulent years at the Theatre of Dreams since joining from Leicester City for £80 million in 2019.

The 29-year-old has made over 150 appearances for the Red Devils but has received criticism throughout his tenure.

Maguire was dropped from Erik ten Hag’s squad before the World Cup and looks set for further disappointment in the second half of the season as the Dutch manager prefers a center-back pairing of World Cup finalists Raphael Varane and Lisandro Martinez.

Murphy, an ex-England midfielder, believes Maguire’s Manchester United career is “done,” but believes he would be a valuable addition to several clubs.. 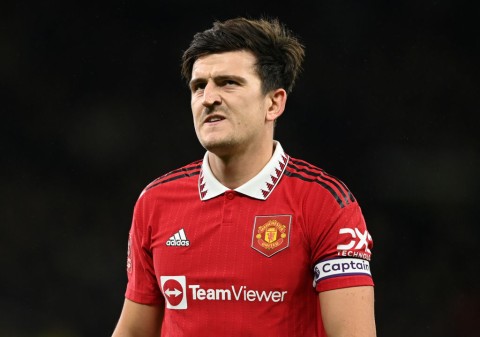 ‘No, but he has a good future somewhere else because he’s still a great talent,’ Murphy told talkSPORT of Maguire’s future at Manchester United.

He’s a natural leader, as he learned at United. Yes, he’s had a bad spell, but the majority of it has been good.

‘He’s done brilliantly on the international stage at big tournaments, he’s great on set-plays, he’s a good character,’ says one.

‘He’s not a “big time Charlie,” he’s humble, he looks like a great lad, he has a good family and a good support network surrounding him. He’ll have a lot of takers.

It wouldn’t surprise me if someone like Eddie Howe went with Maguire as a backup option. Newcastle United could do a lot worse than sign someone..

His time at Manchester United has come to an end. I believe it is completed. Not because he can’t do the job, but because managers can be fickle. Erik ten Hag appears to prefer other players.’

Maguire started Manchester United’s EFL Cup quarter-final win over Charlton on Tuesday night, but he is expected to return to the bench for the Premier League derby against Manchester City on Saturday.

Al-Nassr Coach Opens Up On Ronaldo’s Attitude In Training