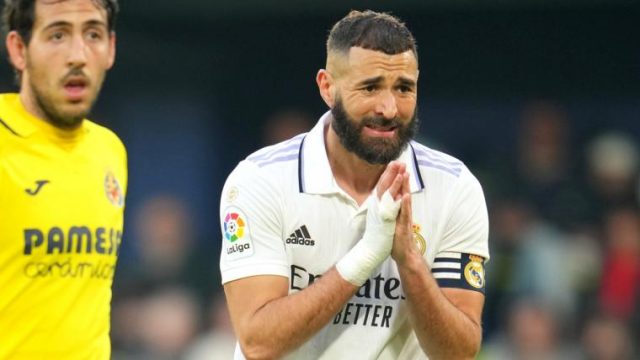 The La Liga champions fell 2-1 at Villarreal in an entertaining, action-packed match that was filled with controversy.

The defeat saw the defending champions miss a chance to go top of the La Liga table with a win or draw.

Samuel Chukwueze’s Villarreal were not intimidated in front of a full house at their renovated El Madrigal home, and the Yellow Submarine attacked Real Madrid from the start, coming away with a win that will give them hope of making a real push at a top-four finish and earning a UEFA Champions League berth, Sportingnews reports.

Real Madrid, who started the match without a Spanish player for the first time in their competitive history, are guaranteed to remain in second place in the La Liga standings as they get set to watch leaders Barcelona take the field against Atletico Madrid on Sunday. Barcelona will have the chance to take a three-point lead atop the table if they can beat Real’s rivals Atletico.

Villarreal forward Gerard Moreno scored a goal and registered an assist as his team deservedly came away with all three points. Real Madrid never got into an attacking rhythm and that was also credit to excellent defensive play from Villarreal.

Sportingnews reported that Referee Cesar Soto Grado called two penalties in a span of four minutes in the second half, both of which were debatable. The first for Real Madrid looked like a light touch from Juan Foyth that barely impacted the flight of the ball. The second was called against Real Madrid’s David Alaba, who seemed to be propping himself up so he didn’t fall to the ground. Both players were punished, and both penalties were converted.

Real Madrid will look to put the loss behind them as they get set to play in the Spanish Supercopa beginning in midweek. Villarreal, who will against host Real Madrid in the Copa del Rey Round of 16, will travel to face Celta Vigo on Friday.