Chelsea have been warned not to sign Mexico winger Alexis Vega after he impressed in Qatar. After a dramatic final matchday involving eventual winners Argentina, Saudi Arabia, and Poland, his team failed to advance from the group stage..

While Mexico was beating Saudi Arabia, Lionel Messi and company were annihilating Poland, but it wasn’t enough to advance Vega to the knockout stage, with goal difference separating the two sides. During a thrilling final half, it was even possible that yellow cards and disciplinary issues would be the only thing separating the two teams.

Unfortunately for the South Americans, Vega was sent back to his home country for club duty with Guadalajara..

However, his work in the shop window was completed during the month of internationals, and Chelsea reportedly liked what they saw.

Vega is relatively unknown in Europe, having played in Mexico since he was 17 years old. Vega, on the other hand, may be about to take the next step with a balanced split of goals and assists in Liga MX. He has three goals and four assists in 17 games this season and is looking for a move in January.

However, he has been warned against moving too soon, with former Mexico international Luis Garcia (not the ghost goal Garcia that Chelsea fans remember for all the wrong reasons) stating that he is not yet ready for a move.. 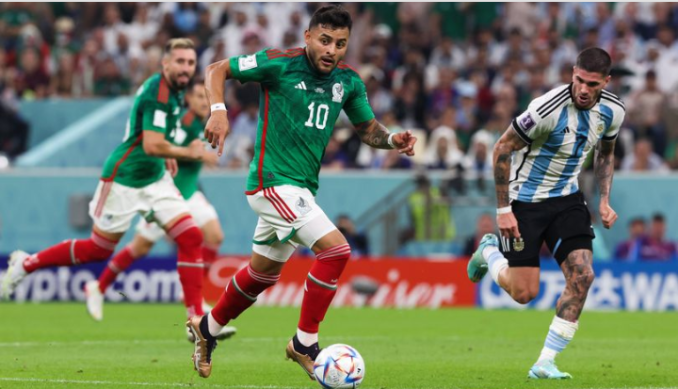 “Alexis Vega doesn’t have the skill set yet to play at Chelsea in the Premier League,” Garcia told AS.

We saw what happened against Argentina in the World Cup when he missed a clear scoring opportunity. Many players miss opportunities like that, and as Luis Enrique stated, this is a sport about making mistakes, but learning from them. Vega squandered a clear scoring chance in the first half and then vanished from the game.”

Vega has underperformed his expected goals and assists this season and did not contribute a goal in Qatar, and Garcia added, “So to play at Chelsea, you need a different type of skill set.”

The Blues have been attempting to establish roots in South American football as part of Todd Boehly’s larger plan to implement a multi-club model at Stamford Bridge. The goal is to sign the best talent before other clubs and to establish a feeder network.

This would help them replace underperforming attackers Christian Pulisic and Hakim Ziyech, who both scored and made a name for themselves at the World Cup. Vega has been mentioned as a possible replacement for these possible departures..